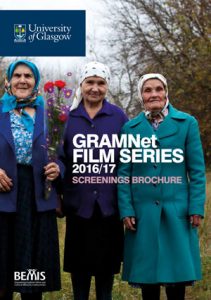 The Crossing takes us along on one of the most dangerous journeys of our time with a group of Syrians fleeing war and persecution, crossing a sea, two continents and five countries, searching for a home to rekindle the greatest thing they have lost – Hope.

On a summer night, a group of Syrians wade quietly into the Mediterranean, with little children, a cat and little packets of food wrapped in cling-film held above their heads to climb into little boats that will take them to a fishing boat waiting in deeper waters. The little boat keels over from imbalanced loading. In the panic in the dark waters to save the children, they lose the cat and most of the food and water they have. A mother of 2 young children wants to return ashore, but it is too late, the police may have reached the beach and the only way available is into the sea.

They are journalists, engineers, a musician and a psychologist climbing aboard an old unseaworthy fishing boat, manned by desperate smugglers who have never before sailed beyond coastal fishing waters. They make it to Europe, only to find out that the hardest part of their journey still lies ahead.

Stateless on Lesvos’ was shot over 3 days on the Greek island now famous for receiving hundreds of thousands of refugees from Turkey. Film maker Guy Smallman concentrated not on refugees themselves but on the incredible dedication and humanity of the Greek and international volunteers assisting the most vulnerable people on the planet as they attempt to reach a place of safety.